Robert Smith Bader states in his book, Prohibition in Kansas,

In 1880, Kansas became the first state to write into its constitution a prohibition on alcohol, making it one of the very few states with extensive experience with prohibition as a public policy in both the pre-and post-Volstead periods. Since the campaign preceding the 1880 election, through the era of Carry Nation and national prohibition, up to the present day, the issue has been under continuous, and usually heated, public discussion

Kansas was admitted to the Union in 1861 with no satisfactory liquor law in the statutes. According to Bader, the first temperance group organized in the region was the Central Kansas Total Abstinence Society during the winter of 1856. They were soon followed by the first state temperance union in 1861 known as the State Temperance Society. 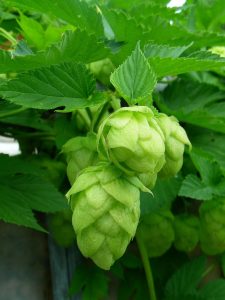 The prohibition advocates needed a strong voice in their state government. In 1878 prohibitionists began supporting the political career of former Kansas Senator John Pierce St. John for their state’s highest office. St. John was born in Brooksville, Indiana to an alcoholic father. He was left to support himself at the age of 12. St. John vowed to his mother he would never drink and would fight the alcohol traffic with all of his energy.

Representing the Republican party, St. John became Kansas’ eighth governor. In January 1879, the newly elected governor gave his inaugural address to Kansas state legislators. He stated, “I am clearly of the opinion…that no greater blessing could be conferred by you upon the people…than to absolutely and forever prohibit the manufacture, importation and sale of intoxicating liquors as a beverage.”

With the political winds at his back, Governor St. John was able to persuade the Kansas state legislators to propose a constitutional amendment that would once and for all banish the legal access to intoxicating liquor from the Sunflower State. After some lively debates, an amendment was proposed to the electorate to decide “alcohol’s fate.” The constitutional amendment read:

Senate Joint Resolution Number 3: The manufacture and sale of intoxicating liquor shall be forever prohibited in the State, except for medical, scientific and mechanical purposes.

This sentence would be ingrained into the fabric of the Kansas Constitution for the next 68 years as the amendment passed on November 11, 1880. The passage of this law made Kansas the first state to enact a constitutional amendment to prohibit the manufacturing, importation, and sale of alcohol. In fact, Kansas had statewide prohibition from 1881 to 1948—longer than any other state—and it continued to prohibit general on-premises liquor sales until 1987. (Currently Kansas has 13 dry counties, where on-premises liquor sales are prohibited, however the sale of 3.2% beer is permitted.)

As you may imagine, Kansas became a popular center for the temperance movement. It also became the eventual home of one of its most well-known champions, Carry Nation. In 1846 Carry Amelia Moore was born in Kentucky. At the age of nine she moved with her family to Missouri. She married Charles Gloyd in 1867. Two years later Gloyd passed away as an unfortunate victim of alcoholism. Carry married David Nation, moved to Texas, and eventually relocated to Kansas where she railed against the evils of alcohol.

In his book, Bader also reflects on the sentiments of the German community in Kansas. He states,

The most intense and organized opposition to prohibition centered in the unassimilated ethnic communities, especially those of German origin. In 1880, German-speaking Kansans made up a small but vocal 3.9% of the total population, and Germans accounted for 25% of the state’s foreign born. The Germans worried not only about the threat to their beer supply but also about the adverse impact that prohibition might have on immigration. German newspapers in Missouri had begun to paint a desert-dry picture of Kansas for their European brethren.

Conversely to Kansas, Missouri was one of the most pro-alcohol states in America. The city of St. Louis was populated by a large contingent of German immigrants who enjoyed alcoholic beverages. In a short-time the city became the home to multiple breweries and the site of the largest beer manufacturer, Anheuser-Busch brewing company.

On the other side of the state, Kansas City, Missouri also opposed the temperance movement. In 1901, Carry Nation was arrested in Kansas City for destroying bottled liquor at a drinking establishment located along 12th Street. After being initially fined an exorbitant $500, Judge McAuley suspended Nation’s financial penalty if she would leave the city by 6:00 pm. Nation heeded his directive and boarded a trolley heading west for the state of Kansas.

German immigrants Edward Zelleken and Charles Schifferdecker traveled in the opposite direction of Nation—east to Missouri. Zelleken and Schifferdecker were beer brewers in southeastern Kansas during the 1870s. Zelleken had constructed a substantial two-story brewery in Baxter Springs, Kansas. However, that business venture came to an abrupt end when Kansas voters approved the amendment to the Kansas Constitution prohibiting the manufacturing of “intoxicating liquors” in 1880. 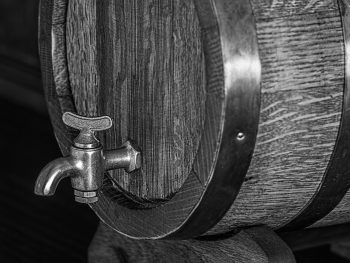 Zelleken and Schifferdecker set their sights on Joplin, Missouri, a community just across the border that embraced alcoholic beverages. They would become two of Joplin’s most wealthy citizens; building two impressive Victorian homes in the early 1890s and living as next-door neighbors until their deaths. (Interestingly, they remain neighbors even in death. Their final resting sites are just a shout away from each other at Mount Hope Cemetery in Joplin.)

During the first decade of the 20th Century, the Prohibition zeal caught the attention of local Joplin and Jasper County citizens. Area communities were sent to the polls in a special election to vote on their drinking destiny on January 27, 1910. Voters approved by a majority of 814 votes to continue to dispense intoxicating beverages. According to The Joplin Globe, the total voter turnout of 6,504 was the largest in Joplin’s history. For those still thirsty, Joplin became the only city in Jasper County to remain wet, furthering the legacy of a liberal-minded city where the saloon doors swung freely.

Sources: Prohibition in Kansas by Robert Smith Bader and Kansas Temperance – Much Ado About Booze 1870-1920 by Kenneth and Patricia Peak. These two sources provide a deeper look into the history of dry Kansas and the temperance movement. Bader was the original fact collector. His work is absorbed into the Peaks’ book. A third selection is an article by Cindy Higgins, “Kansas Breweries 1854-1911.” Higgins’ story was published in the Kansas History Journal, Vol 16: No.1, Spring 1993. Photos of hops plant and barrel: Shutterstock.com.